Protect Your Smartphone with these Security Apps Free 2020

Best Mobile Security Apps Free 2020: Mobile phones have become a lifeline for us nowadays. Not only to stay connected with social media for 24*7 hours, but also other official works are done by mobile phones only. That’s why we need to protect our mobile phones by the top and best antiviruses. There are some useful mobile antivirus apps as well as some security apps for phone available for cellular protection. Mobile protection should be someone’s priority so that they keep their mobile’s data all-round protected.

Some of the Advantages of Mobile Security Apps are:

Since Android is the most used device all over the world, the need for protection is also high. A maximum number of apps beautifully designed that it starts scanning whenever the phone is in need. We have talked about the benefits of antivirus and came to know that how important are they for any device. Now take a look at some antivirus for android mobile downloaded in full version:

Avast has marked itself as the most powerful and the most popular antivirus app for android user. It has developed and re-innovated itself from a normal scanner to an antivirus having additional features such as call blocking, auto scanning, password protection, and anti-theft. It used to be payable, but now it is free supported by some ads which can be removed by premium option. You can easily download this app from the play store free. 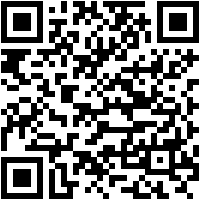 AVL is the newly emerged antivirus which bagged many awards for best antivirus app recently. Not only protecting your device to keep a check on what is trying to invade your data. But it also helps in blocking calls as well as it is a convenient app and requires shallow space from your storage to run. So even in the deficient battery, you can use it without any worries.

It is a very multipurpose antivirus app that firstly provides security to all data against any foreign material. Secondly, the most important and additional feature is that it can help in the detection of your phone. If you have lost it and the app secretly locks the phone and takes a picture if somebody tries to open it by any wrong methods. Then, If some apps leak some sensitive content, the app help in scanning such apps and give a notification to you that it is inappropriate to use. Call blocking, app security, anti-phishing are also its additional features.

It has a great reputation in the detection of malware in androids, in a recent test it has detected around 99.9{c01fd01664d6978ff380ee0405e352777a6a44320fa806b062c63fc854916434} malware, which gives a straightaway proof of an excellent antivirus. It also checks the link or website when you are clicking and notifies you that it is safe or not. Text filters, confidential calls, call blocking are all its additional features.

Unlike every antivirus app, it has a facility not having any ads during the scanning. The app was being awarded best in the year 2015, and it can be easily scheduled and rescheduled according to user comfort for regular scanning of the device against antivirus. It comes with a QR code when it is connected by any Wi-Fi source to provide security against any mishaps.

It is having an additional feature of remote locking as compared to any other mobile antivirus app. It can be lock via text message or when the phone is missing or if someone has attempted wrongly ten times to unlock the phone. Its also provides call blocking and also gives a very amazing result of antivirus protection. It also blocks site which is full of sensitive content.

It is a very light weighted antivirus that doesn’t even run on your background app, so it frees up space. The apps which are downloaded and scanned automatically, and you can reschedule the settings of scanning as per your requirement.

It is a very user-friendly kind of app that will help you scan your external storage and space, along with scanning the apps stored in your phone. It has a privacy rate scale that helps you to decide how useful the app is for you according to your need. Feature of autoblocks malware has call blocking facility also.

All these Best Security Apps for Android Phones free along with some more apps are free to download. They only aim to protect your device because they know how important your device is for you. Downloading the app is not the last thing you need to do. But you’ll also have to check the updates that come for the apps regularly so that it functions nicely. Before downloading an antivirus app, always go for some reviews. Go for some research about the app you are thinking to download. It will not only help you to understand that app, but also you’ll get to know how the app is performing recently. So, choose the antivirus for your phone wisely and smartly because all the safety of your phone will be dependent on that antivirus app.